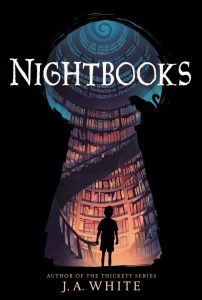 Renamed slightly to Night Books, the film will follow Alex, a boy obsessed with scary stories. After being imprisoned by an evil young witch in her contemporary New York City apartment, he meets Yasmin, who is also trapped there, and learns he must tell a new scary story every night in order to stay alive.