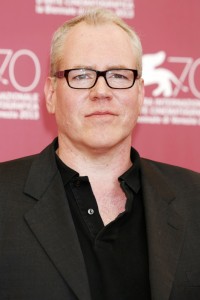 The renowned author of American Psycho, Less Than Zero and Imperial Bedrooms is stepping in to the director’s shoes with his debut The Deleted. The Deleted will be a series on Fullscreen’s video service and is set to follow a group of twenty-somethings who have recently escaped from a cult. The group find themselves connected as a series of deaths spawn their collective paranoia.

Brett Easton Ellis has directed a couple of short films and been involved in the creation of music videos, but this will be his first involvement in a TV series. As he is known for is satirical tone and black comedy, it will be interesting to see if and how he transfers these elements to this small screen thriller.

Fullscreen’s video service has now launched and The Deleted has a release date slated for 2017.