Back in December, we brought you the news that a remake of cult 1962 weirdy The Brain that Wouldn’t Die was in the works from director Derek Carl. Thanks to a successful Kickstarter campaign, the film has now wrapped production, as heralded by this batch of stills posted on the film’s Facebook page. 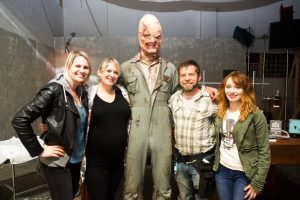 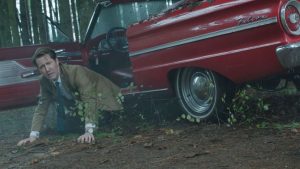 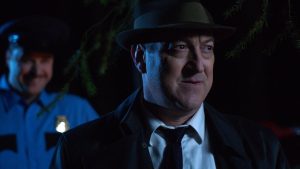 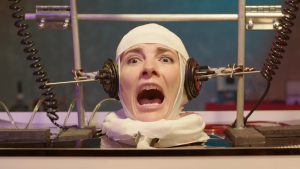 Directed by exploitation distributor Joseph Green, the original film starred Jason Evers as Dr. Bill Cortner, whose fiancée Jan is decapitated in a car accident. Cortner – whose field of expertise is in transplants – keeps Jan’s head alive in his lab, and goes in search of a suitable new body. All the while, he keeps a misshapen creature (the result of a failed experiment) locked in a cupboard.

Dr. Cortner is played in the new version by Patrick Green, with Rachael Perrell Fosket as Jan. Robert Blanche, Jason Reynolds, Mia Allen and Kristen Mortensen co-star. It is Carl’s feature debut and, going by this official synopsis, seems to be treading closely to the plot of the original.

“The Brain That Wouldn’t Die is a satirical remake of the 1962 public domain B-movie of the same name. Both follow the misadventures of Dr. Bill Cortner, a brilliant but unorthodox surgeon, who revives the head of his recently decapitated fiancee, Jan Compton, in hopes that he can find her a new body.”