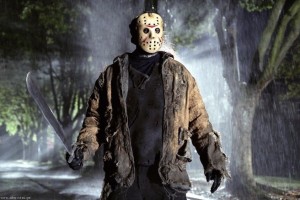 Brad Fuller, one third of Platinum Dunes, recently spoke with Shock Till You Drop about the return of the menacing and unstoppable Jason Voorhees in his latest Friday The 13th film.

“I could just say that for a long time we were stalled,” Fuller told Shock regarding the script. “I think you guys reported that the movie was going to be a found footage movie, and that was a road that we went down and tried to figure out. Ultimately, I think [fellow producers] Michael [Bay], Drew [Form], and I felt that we couldn’t figure that out so we kind of jettisoned that whole notion, and we had to start over. We’re in the latter phases of that starting over, and hopefully we’re getting a script in the next month or two, and we’ll go back to Crystal Lake.”

Fuller continued, “At the end of the day, those movies are so fantastic because Jason Voorhees is such a dynamic presence and people love to see him do what he does well. We hope to put Jason in a situation where he’s able to do that again and it doesn’t feel like you’re seeing the same thing over and over.”

Michael Bay and Andrew Form make up the other two thirds of Platinum Dune, and will produce alongside Brad Fuller. David Bruckner, director of The Signal, will direct the feature from a script written by Hannibal screenwriter Nick Antosca. Of course, there is only one appropriate date to release a Friday The 13th films and Paramount are aiming for Friday 13th May 2016.