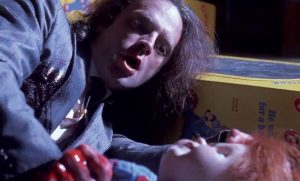 As Orion’s Child’s Play reboot gears up for its theatrical release, we’ve got some exciting news out of Don Mancini’s (unrelated) Child’s Play TV series. Brad Dourif, the original voice of the killer Good Guy doll, has confirmed he’s “absolutely” on board for the show.

The creator of Chucky, Mancini has been involved in every film in the franchise except the remake—as has Dourif. The actor says he’s spoken with Mancini more than once about the project and thinks it’s pretty good.

The series is slated for a 2020 release.