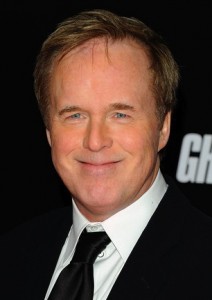 Director Brad Bird (The Iron Giant, The Incredibles, Ratatouille) expressed his interest in creating a hand-drawn horror film in a recent interview with Collider, and I think it’s one hell of an idea! There are plenty of effective, genuinely scary horror moments in animated films like Fantasia, Snow White and Pinocchio, but there are very few animations that can be classed solely as “horror films”. It’s definitely a gap in the market and one that Brad Bird should be taking advantage of. In the interview he said, “There’s never been a horror movie in animation executed at Disney-level quality and hand-drawn, I’m not talking about CG I’m talking about hand-drawn, but it doesn’t take a lot to imagine how cool that would be. […]I absolutely think that hand-drawn animation is valid.”

He goes on to explain perhaps why this has not been done frequently and says, “The problem is that every time people have deviated from the Disney playbook in hand-drawn animation, they’ve done so with staff that are nowhere near Disney-level talent or Disney-level budgets.” Imagine if Disney made a proper horror animation, not something like Frankenweenie or Monsters, Inc., a real nightmare-inducing scare-fest.

You can do so much with animation, as there are very few limitations or restrictions. You can literally build, draw or create anything your imagination allows. Lee Hardcastle (The ABCs of Death) has shown that horror doesn’t have to be live-action to be effective and his claymation shorts are really fantastic feats of film-making. Take the T is for Toilet segment from The ABCs of Death, for example.

It would be great to see a full-length hand-drawn horror film, so somebody give Brad Bird a pen and paper and let him get on with it!