The Box is Opened in Stylish Wish Upon Poster

A rather nice new international poster has appeared on our radar for John R. Leonetti’s upcoming ‘Monkey’s Paw’ teen horror tale, Wish Upon. Check it out below. 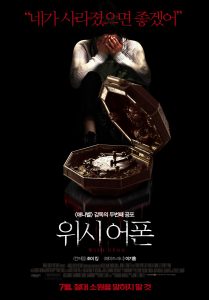 The film stars The Conjuring’s Joey King as Claire, a bullied teenager whose father (I Know What You Did Last Summer’s Ryan Phillippe) gives her a magical box that seems to be the answer to all of her problems. While initially seeming to give her the life she always wanted, the wishes granted by the box come at a hefty price, as those close to Joey begin dying in violently elaborate ways. Wish Upon also stars The Maze Runner’s Ki Hong Lee and Sherilyn Fenn, who can currently be seen reprising her role of Audrey Horne in Twin Peaks. Annabelle director Leonetti directs from a script by Barbara Marshall, who penned last year’s Viral. 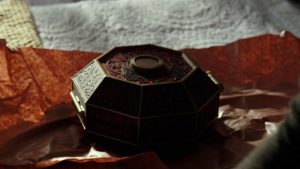 Wish Upon will be released in the US on July 14th through Broad Green Pictures, having been moved back from June 30th.