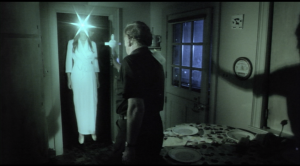 Sunday brought with it the sad news that cult director Ulli Lommel passed away on Saturday night, reportedly due to heart failure. He was 72.

Lommel was no doubt best known for 1980 supernatural slasher The Boogey Man, a film that gained notoriety following a stint on the Video Nasties list, but was a hugely prolific director, writer, producer and actor who worked right up until his death.

Moving to New York from his native Germany in the early ‘70s, Lommel made the cult favourite Tenderness of the Wolves in 1973, before working with Andy Warhol on Cocaine Cowboys (1979) and Blank Generation (1980). The Boogey Man began the director’s most celebrated period among horror fans, which saw him follow his hit film with 1982 sci-fi chiller BrainWaves, horror mystery Double Jeopardy (1983) and 1983’s effectively eerie modern-day witchcraft tale The Devonsville Terror.

Lommel continued making genre films with impressive regularity throughout the decades that followed, and showed no signs of stopping. At the time of his death, Lommel had a number of films and documentaries in various stages of completion, including a return to his most famous work, entitled Boogeyman: Reincarnation.

Lommel leaves behind a sizeable and varied (if admittedly, uneven) cinematic legacy, and will be sorely missed.