Blumhouse’s Half to Death Builds its Cast

With Blumhouse’s time-loop horror Half to Death finally heading into production, news about its cast has come flooding in. Variety are reporting that Shameless’ Ruby Modine, newcomer Rachel Matthews and The Girl on the Train’s Charles Aitken (pictured) have joined Jessica Rothe (Lily & Kat) and Israel Broussard (Fear the Walking Dead) in the film, which is directed by Christopher Landon. 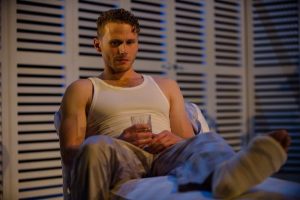 Nearly a decade in the making, Half to Death was originally picked up by Michael Bay’s Platinum Dunes, who were looking at Transformers and Jennifer’s Body star Megan Fox to star. After years of nothing however, the film – which channels Groundhog Day, centring on a young woman (Rothe) who must relive the same day over and over again until she figures out who is trying to kill her and why – was taken up by Blumhouse.

Landon, who also co-wrote the film along with Scott Lobdell, is known for writing and directing Paranormal Activity: The Marked Ones, as well as writing all previous franchise instalments from part 2. More recently, he directed Scouts Guide to the Zombie Apocalypse.

Jason Blum is producing Half to Death for Blumhouse, with Angela Mancuso and John Baldecchi executive producing. Filming is currently underway in Georgia.