Blumhouse going out on Devil’s Night

There are few annual holidays or celebrations that have yet to become the setting for a fright flick, with Halloween no doubt providing the most fertile soil. It is the night before All Hallow’s Eve though, that is the basis for Devil’s Night, the latest film being developed by horror giants Blumhouse Productions.

The production company behind pretty much all of contemporary horror’s biggest franchises (Insidious, Paranormal Activity, The Purge, etc.), Blumhouse are looking at a 2017 release for the film. With Devil’s Night only in the planning stages however, plot details and release plans remain elusive. 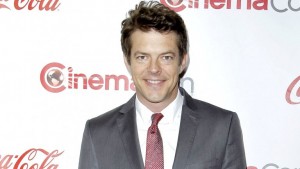 Blumhouse head Jason Blum will produce Devil’s Night alongside Bobbi Sue Luther, who has produced and starred in Laid to Rest and Aftermath, among other horrors. Sean Tretta (Death of a Ghost Hunter) is scripting, although a director has yet to be announced.

Traditionally a night when American youths like to indulge in a little mischievousness, the night known as Devil’s Night regularly plays host to pranks, parties and a spot of petty vandalism. We’ll bring you further news on Blumhouse’s latest as it comes in.