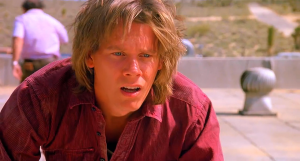 Those graboids have been stirring a lot again recently. While a fifth straight-to-video sequel to 1990 monster movie classic Tremors is currently well into production, we’ve been promised a reboot in the form of a TV series for a while, and today we’ve got some confirmed details that suggest things are starting to move.

It has long been reported that Kevin Bacon would be starring in the series, reprising his role of Valentine McKee, who he has not played since the original film. He was also down to executive produce, and both still remain the case. We now know however, that Blumhouse will be producing a pilot for SyFy, with Bacon having originally approached Blumhouse CEO Jason Blum with the idea of a feature film reboot. Bacon confirmed the news while speaking to ScreenDaily from the Edinburgh International Film Festival.

“It’s the only character I’ve ever played that I was interested in exploring 25 years later,” Bacon said, confirming that the series will indeed check back with Valentine a quarter of a century on from the events of Tremors. “It (Tremors) is a really good movie,” he added. “I don’t go back and watch my movies but because we were doing this one, I had to go back and look at it. It’s just the idea of this loser who is living a very ordinary life and has an extraordinary experience with these monsters and becomes, for a moment, a hero.”

We await to see if Michael Gross – who played Burt Gummer in the film and has stuck with the franchise since, including in the upcoming sixth entry – will appear in the series.