Admittedly, the remake of Eli Roth’s Cabin Fever is not on the top of our watching list, but it is definitely something we’re, at least, intrigued to see. If the initial reactions are anything to go by, it’s not great. The idea to re-shoot Cabin Fever almost exactly as the original has hindered many people’s enjoyment and rendered Travis Zariwny’s (Intruder) remake a little bit pointless. It was a strange idea to begin with, so it’s no real surprise it hasn’t been the hit they hoped.

Synopsis:
The story is familiar: fresh out of college, a group of five friends retreat to a remote cabin in the woods for one last week of partying—only to become snacks for a gruesome, flesh-eating virus. What’s surprising are the ingenious new deaths, which offer a fresh spin on a horror-comedy milestone. 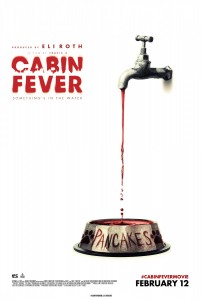 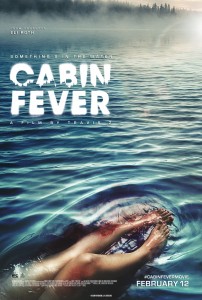 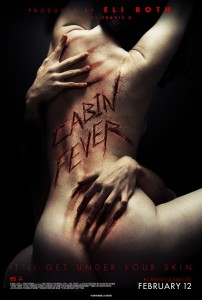 The film might be terrible, but these posters are excellent. Dark and gruesome with a comedic edge – pancakes! – they encapsulate the best moments from Cabin Fever in a perfectly squeamish way.