A nasty set of bloody stills has emerged for serial killer actioner Black Rose, which hits US screens next week. 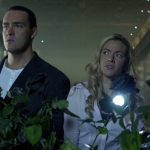 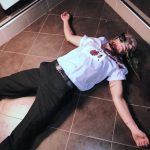 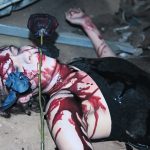 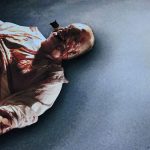 The images show us the victims of a killer who is stalking Hollywood, leaving a trail of bloodshed and panic in their wake. It’ll take a tough Russian cop to stop the murders but luckily we have one, in the shape of Alexander Nevsky, who both stars in and directed the film. Co-starring are Kristanna Loken (Terminator 3: Rise of the Machines, BloodRayne), Adrian Paul (Highlander: Endgame) and cult hero Matthias Hues (Dark Angel, Digital Man) whose work, if you’re unfamiliar with it, you must check out. 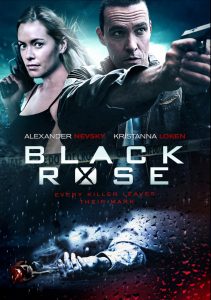 Synopsis:
A Russian Police Major is enlisted by the LAPD to help solve a series of gruesome murders perpetrated against young women by a sadistic sociopathic killer on the mean streets of Hollywood.

Released all the way back in January 2014 in Russia, Black Rose will have a limited theatrical run from April 28th, before landing on DVD and VOD on May 2nd.