A bloody batch of posters have been unveiled for Roxy Shih’s horror-thriller Painkillers and they showcase the film’s stars Adam Huss, Madeline Zima, Grant Bowler, Debra Wilson and Mischa Barton. They also make a point of reminding us that the film comes from the producers of The Ring, Starry Eyes and Fear, Inc. Only one of those is important, though. 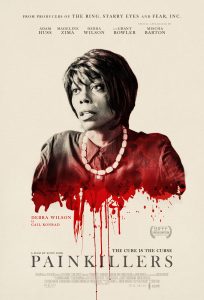 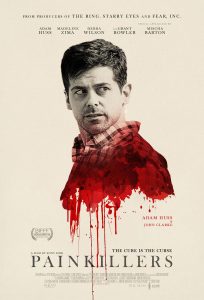 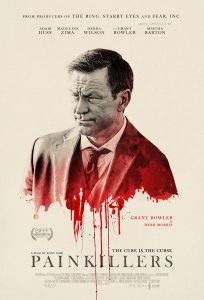 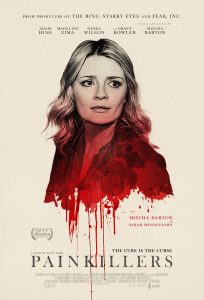 Synopsis:
After a terrible car crash in which his son dies, brilliant surgeon John Clarke (Huss), tormented by guilt, becomes prey to an unbearable physical pain. While his marriage starts disintegrating, John soon finds out that the only thing that can ease his pain is the taste of human blood. When he encounters Herb Morris (Bowler), a man who claims he can help him get his life back, John embarks upon a nightmarish journey through which he will either have to come to terms with his pain… or become a monster.

Shih is the director of 2016’s The Tribe, but she has since directed episodes of Get Jacked and Dark/Web. Painkillers comes from a script written by Giles Daost and the film is currently in post-production. Keep your eyes peeled for a release date soon.