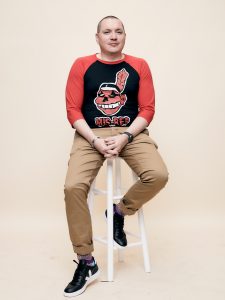 We are deeply saddened to hear that acclaimed Indigenous filmmaker Jeff Barnaby has passed away after a year-long battle with cancer. He was only 46.

Barnaby’s most recent film, the award-winning Blood Quantum, brought a fresh perspective to the well-trod zombie genre, exploring the lasting scars that European colonialism has left on Indigenous communities. Blood Quantum debuted on Shudder in 2020.

Barnaby also wrote and directed the 2013 film Rhymes for Young Ghouls, which criticized the residential school system in Canada. His short films include The Colony, From Cherry English, and File Under Miscellaneous.

Barnaby is survived by his wife and son. He will be sorely missed.