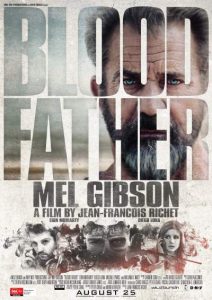 The Mel Gibson-starrer Blood Father has cemented a DVD and Blu-ray release for this October 11th. The film is an action-packed thrill-ride that sees Gibson’s daughter (Erin Moriarty) targeted by a drug-dealer. Gibson’s character John Link must call upon his connections from his convict past to help save his daughter’s life.

If you’re keen to see some of the film’s action, then check out the thrilling trailer below. It’s pretty damn explosive and packed full of relentless violence, guns, stunts and drama. It’s great to see Mel Gibson back doing what he does best, because who didn’t love Lethal Weapon?

Be sure to catch a copy of Blood Father this October.