A panel talk that caused a lot of excitement at San Diego’s Comic-Con was that held to celebrate the 30th anniversary of James Cameron’s Aliens. The Hollywood giant appeared onstage along with producer Gale Anne Hurd and several members of the film’s cast, including Sigourney Weaver. The assembled guests talked at length about the making of the film, its legacy and the franchise’s future.

During a Q&A session, a member of the crowd asked Weaver about the status of Neill Blomkamp’s Alien film, which has thus far struggled to get beyond the concept art stages. While she gave no definitive answer, she did say that the film was still very much a possibility, and may happen once everyone required is finished with their current projects.

Weaver described the script for Blomkamp’s vision as “incredible”, saying that it will give fans “…everything they’re looking for.”

A whole bunch of seriously cool concept art appeared last year for Blomkamp’s Alien sequel, some of which you can see here. While the plot is unknown, the picture of a grown-up Newt caused a stir with fans, and one possible direction could involve the relationship between Ripley and Hicks (played in Aliens by Michael Biehn). During the Comic-Con panel, Cameron revealed that he had always seen a future for the two, “…if Fincher hadn’t killed him off.” 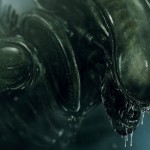 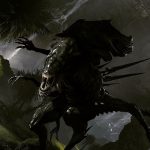 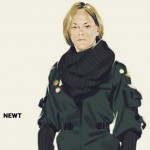 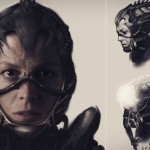 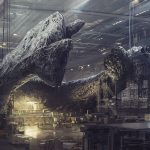