Blair Witch-Style Thrills in the Trailer for The Temple 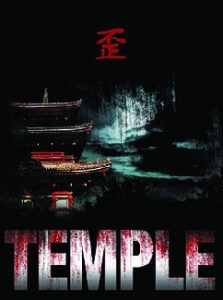 It may not be a found footage treat, but there are plenty of Blair Witch-style thrills and spills in the trailer for The Temple. The film from director Michael Barrett is heading to the upcoming Cannes Film Festival in the hopes of finding a buyer.

Check out the trailer below; it boasts stunning cinematography thanks to film’s beautiful location in Japan. There is also a heap of effectively crafted scares and an eerie atmosphere throughout. If the full-length feature can deliver an equally as impressive amount of spooky frights, we could be in for an excellent supernatural horror film with a healthy dose of J horror-style scares.

The Temple follows a couple of Americans as they head to unearth the secrets buried in a mysterious temple in Northern Japan. As expected, they get more than they bargained for when they discover Blair Witch-esque rock piles that suggest death is lurking around them.