From director Andrew Traucki (The Reef), toothy horror Black Water: Abyss is set to hit theatres in the UK on July 10th, ahead of its U.S. release in August. 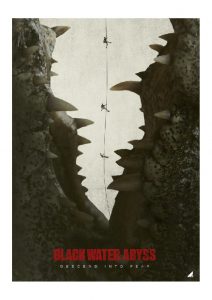 The film, which is set in Northern Australia, sees a group of friends exploring a remote cave system. But when a tropical storm traps them below the surface, they find themselves threatened by something deadlier than the rising floodwaters—a pack of killer crocodiles.

We’ll keep our eyes peeled for an official trailer to share with you.