In light of the success of the eight picture deal signed in June of 2014, Canadian scaremongers Black Fawn Films have entered into another agreement with the Breakthrough Entertainment banner to extend their partnership in a big way.

The soon-to-be-unleashed Chad Archibald-directed shocker, The Heretics, will be Black Fawn Film’s eighth release in the first series of productions with Breakthrough, with a market screening scheduled for this year’s European Film Market (EFM) in Berlin, ahead of an all out attack on the international festival circuit. Black Fawn are not ones for sitting back and taking a breather and their follow up film, I’ll Take Your Dead, is already in the casting phase. Said film will mark the beginning of Black Fawn and Breakthrough’s new “elevated production” plan of action and will build on the unique and elevated concepts with which Black Fawn has built its reputation.

Commenting on this deal which promises commitment to bigger budgets and a more aggressive casting strategy, Nat Abraham, President of Distribution and Partner at Breakthrough, said, “Chad [Archibald] and Cody [Calahan] have managed to stand out in a very competitive market. We believe that they will continue to see exponential growth in their audiences and that the quality of their stories will be attractive to notable cast. With these next two pictures, Breakthrough will further propel Black Fawn’s impact with fans, and open up additional international distribution options.”

Chad Archibald, Writer/Director/Producer at Black Fawn Films, also had the following to say about the news: “Black Fawn Films has been building something special with Breakthrough Entertainment over the past eight films. Their faith in us moving forward will strengthen the relationship between our two companies. We couldn’t be more excited about taking these new projects to the next level, and creating some truly unique films for genre fans.”

Ahead of the EFM Screening of The Heretics, which will take place at CinemaxX 19 in Berlin on February 14, 2017 at 17:00, the first poster and still have been unveiled, which you can savour below… 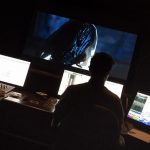 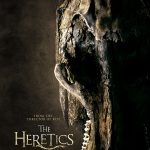 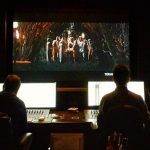 There no news of festival dates for The Heretics just yet but we’ll let you know as soon as any news drops… You can also keep up to date with the film over at the recently created official Facebook page.

The Heretics features a young girl who is abducted by a man, after he claims that a cult is hunting her. His goal is to protect her until sunrise but while restrained, the young girl falls deathly ill. While her friends and family search for her, the source of her illness becomes more and more apparent. She’s not sick…she’s changing.