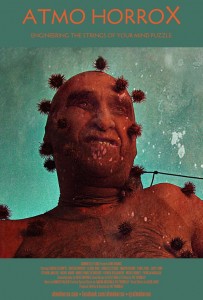 Director Pat Tremblay is preparing to take his latest slice of out-there horror to the festival circuit, for which this bizarre poster art has been created. Entitled Atmo Horrox, the film is tantalizingly described as “psychedelic horror, an experimental satire wrapped into an absurd mystery thriller.”

The poster is the first in a series of 14, which will be gradually unveiled on the film’s official website. The site also promises that an official trailer will arrive shortly. 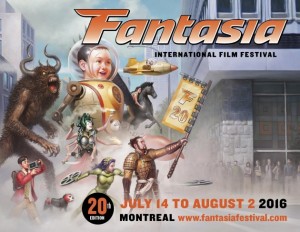 The website gives little away, but does list the Canadian film’s spoken language as “mysterious dialect”. It would be wise to expect something truly weird from this one.