Josh Malerman, author of the novel Bird Box that the Netflix film of the same name was adapted from, has a sequel novel coming out this month. And in a recent chat with Inverse, he teased that a sequel film is also in some stage of development, though we don’t know much more than that at this time. 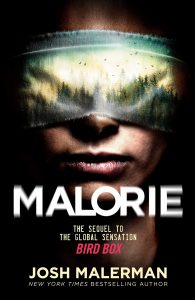 “I can’t say much, but I can say that it is in development,” Malerman told Inverse. “Sometimes it’s weird, all this secrecy, but I’m game.”

In Bird Box, mysterious creatures invade the earth, and anyone who looks at them either goes insane and kills themselves, or goes insane and tries to force others to look. Titled Malorie, the sequel novel is set 12 years after the end of Bird Box, which saw Malorie and her children find a place of safety. Unfortunately, not much has changed since then—there’s still no explanation, no solution, and wearing a blindfold remains the only way to avoid a violent death.

Then, impossible news—someone who Malorie believed dead, someone very dear to her, might be alive. But finding out the truth will mean venturing back into a dangerous world where the creatures are not the only thing to fear. Rumour has it, people have caught and experimented on the creatures. There are murmurings of monstrous inventions and dangerous new ideas. And to make matters worse, the creatures themselves may have changed into something even more terrifying…

The novel Malorie will release on July 21st, 2020. While Netflix has not officially announced a sequel adaptation just yet, we’ll keep our eyes peeled for more news to share with you.