Bill Murray Will Appear in the New Ghostbusters! 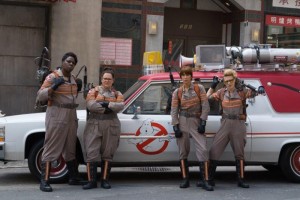 After repeatedly saying that he would not feature in a new Ghostbusters film, it has now been revealed that Bill Murray will be making an appearance. The details are currently vague and he certainly won’t have a very large role, but it’s great to hear that Murray will at least have a cameo appearance.

This really is surprising news, because since Ghostbusters II received such negative reviews Bill Murray has made his feelings clear about returning to the film universe. Reportedly, he shredded a script sent to him and posted it right back to Sony Pictures. Brilliant.
The new female-led Ghostbusters stars comediennes Melissa McCartney, Kristin Wiig, Kate McKinnon and Leslie Jones. Also, Chris Hemsworth is set to be the receptionist and Paul Feig is directing, so what’s not to look forward to?

Ghostbusters is currently filming and will be unleashed in cinemas on 15th July 2016.