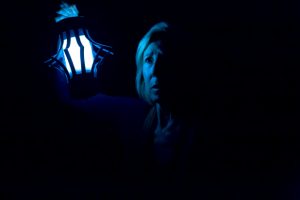 It’s always exciting when two horror legends come together. So imagine our joy at hearing Bill Moseley (House of 1000 Corpses, The Texas Chainsaw Massacre 2) is joining Line Shaye (the Insidious franchise) for Gothic Harvest, the directorial debut of Ashley Hamilton.

Written by Chris Kobin (2001 Maniacs), Gothic Harvest follows four co-eds visiting New Orleans for Mardi Gras. But their celebrations take a sinister turn when one member of the group goes missing after meeting a handsome local at a bar⁠. Suddenly, her friends are plunged into a race against time to find her before she falls victim to a centuries-old family curse.

Who placed the curse? None other than the Voodoo Queen herself, Marie Laveau.

“This is a story I’ve wanted to tell for years, combining horror with real New Orleans Voodoo icons,” Kobin said in the official press release.