Bigfoot Gets Smart in Primal Rage: The Legend of Oh-Mah 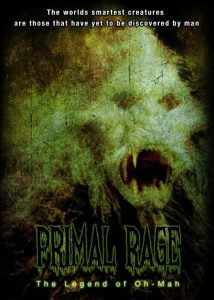 Bigfoot, Sasquatch, The Abominable Snowman. Whatever you want to call the legendary beast, the big hairy bastard has a long and chequered history onscreen (one, incidentally, that you can read about in the current issue of SCREAM!). Recent years have seen some of the creature’s very best onscreen outings in the likes of 2006’s Abominable, 2013’s Willow Creek and Eduardo Sanchez’s Exists in 2013, and, with a seriously cool looking Bigfoot, Patrick Magee’s Primal Rage: The Legend of Oh-Mah could be set to join them.

We get a pretty good look at the monster in this trailer for Primal Rage, which is said to present a fresh take on traditional Bigfoot mythology, steeped in Native American lore with the creature more an intelligent, cunning warrior. Magee – a SFX makeup artist with credits including Beyond Re-Animator, Spider-Man and Zombie Strippers – makes his directorial debut with the film, which he also co-wrote alongside Zombie Strippers director Jay Lee.

In the film:
A newly reunited young couple’s drive through the Pacific Northwest turns into a nightmare as they are forced to face nature, unsavory locals, and a monstrous creature, known to the Native Americans as Oh-Mah. 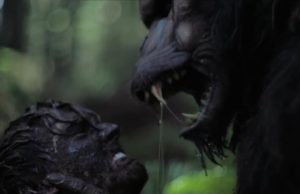