BEYOND THE GATES: Film Review 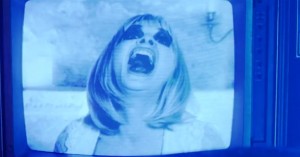 It used to be that the easiest way for an indie horror film to please its audience was to jump right into the scares, kills, carnage, and body count as quickly as possible. This way the viewer might not be all that enthralled by the plot, the characters, or the filmmaking talents on display (if there even were all that many to speak of) but at least they’ll be distracted by a generous batch of gruesome dispatches.

This is not exactly how it works anymore. Lately there’s been a bunch of talented newcomers who seem to have taken a few lessons from “slow burn” specialist Ti West (House of the Devil, The Innkeepers, The Sacrament) and have decided to place tone, setting, character, and even a welcome infusion of sincere emotion into the front end of their horror films, and if you’ve seen cool horror indies like We Are Still Here, Starry Eyes, Spring, or any of those Ti West films, then you know how important those aspects are when tallying up the full package.

The clever new horror film Beyond the Gates covers a lot of this ground quite nicely: on the surface it’s about two brothers (and one loyal girlfriend) who discover a mysterious old VCR-based board game, and quickly come to realize that it’s A) haunted, B) a portal to another world, and C) sort of addicting. That the brothers are estranged and struggling to reconnect after the death of their father grounds a potentially outlandish premise and helps to keep Beyond the Gates from becoming yet another disconnected series of modular scare scenes.

In other words, the weird scary stuff works a heck of a lot better because the filmmakers paid ample attention to character development and plot construction. Scary stuff simply works better when the story is laid out clearly and the characters are colorful, likable, or multi-dimensional in some way. Fortunately director Jackson Stewart has selected a veritable who’s who of quality indie actors that horror fans should recognize: Graham Skipper (Almost Human), Chase Williamson (John Dies at the End), Brea Grant (Halloween 2), Matt Mercer (Contracted), Justin Welborn (The Signal), and the always lovely Barbara Crampton (You’re Next) as the creepy, campy hostess of the humorously outdated yet horrifyingly demented VCR game. 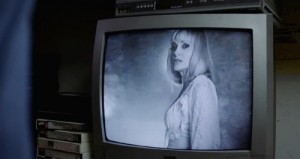 If it’s the eclectic ensemble that allows Beyond the Gates to maintain its momentum during the first half set-up, then it’s the chemistry between the three leads and a surprisingly touching relationship between the disparate brothers that gives the scary stuff some actual stakes. The screenplay (by Stewart and co-writer Steven Scarlata) may take a little while to warm up, but the winning cast, the clever concept, and the frequent second-half deliveries of high-end horror craziness are the rewards for being patient. Plus, admit it, horror movies are scarier when you actually like the characters.