With a UK release scheduled for March, British supernatural chiller Don’t Knock Twice could be one of the early horror breakouts of 2017. Directed by Caradog James (The Machine, Little White Lies), the film premiered at Piccadilly Circus’ Raindance Film Festival in September. Ahead of its wider release, a brand new set of stills has emerged. 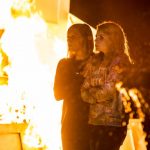 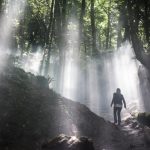 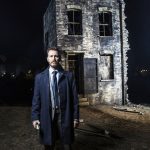 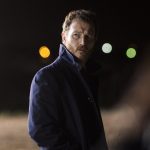 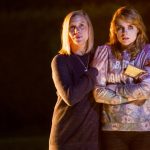 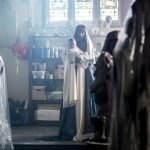 Don’t Knock Twice was scripted by writing duo Mark Huckerby and Nick Ostler who, in 2015, took a break from their regular gig writing shows for CBeebies to pen Paul Hyett’s werewolf romp Howl. It stars genre regular Katee Sackhoff (Oculus, Halloween: Resurrection) as Jess, an American sculptor who returns to the UK where she spent 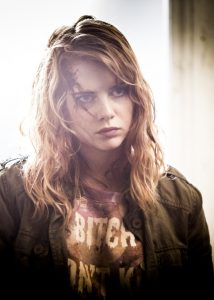 much of her youth, to reconnect with her estranged daughter Chloe, played by Lucy Boynton (I Am the Pretty Thing That Lives in the House). Chloe agrees to move in with her birth mother, in order to escape a witch’s curse she believes is responsible for her boyfriend’s death. The film also stars Javier Botet (Mama, The Conjuring 2, [Rec] series) and Lock, Stock…’s Nick Moran.

Synopsis:
Don’t Knock Twice follows a guilt-ridden mother (Sackhoff) who wants to reconnect with the daughter (Boynton) she was forced to place into care. To save her estranged daughter, she has to uncover the terrifying truth behind the urban legend of a vengeful, demonic witch.