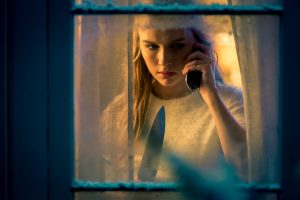 The lead villain in Better Watch Out (formerly Safe Neighborhood) is definitely on Santa’s naughty list, and that performance is just one of several crackerjack ones that help make this Christmas-themed Australian/American home invasion horror thriller a must-see. The film also has some macabre humour at play, as well, though I would stop short of calling it a horror comedy.

Twelve-year-old Luke (Levi Miller) is the only son in a well-to-do suburban American family. When his parents (Patrick Warburton and Virginia Madsen, who give terrific turns in wickedly comic roles) go out to a Christmas party for the evening, they leave Luke’s long-time babysitter Ashley (Olivia DeJonge of The Visit) in charge of him. Little does 17-year-old Ashley know that Luke has been discussing with his friend Garrett (Ed Oxenbould, also of The Visit) how he plans to consummate his crush on her on this very evening.

As Luke attempts to make his initial moves on Ashley, his rebuffed amorous advances are cut short by a masked intruder, who breaks into the house with a rifle. As Ashley and Luke try to figure out an escape plan, Garrett returns to the house, complicating matters.

It is here, after setting up a first act filled with awkward preteen sexuality circumstances and an aura of suspense amidst holiday songs and decor, that director Chris Peckover and his cowriter Zack Kahn take Better Watch Out into increasingly tense and unexpected territory, first with twists and turns and then with increasingly nerve-wracking threats to Ashley and those close to her. I won’t give away who or what the villainous presence is, but suffice it to say that that particular actor’s performance is an unnervingly believable and chilling one.

All of the performances range from very good to excellent. DeJonge is outstanding as a teenager who first tries to protect herself and her young charge from whoever is terrorising them, and then finds herself in peril trying to also protect her current boyfriend Ricky (Aleks Mikic) and ex-boyfriend Jeremy (Dacre Montgomery). Both Miller and Oxenbould play complicated characters and acquit themselves well. Mikic and Montgomery inhabit their roles impressively, though their supporting characters are not as fully realized as the main three. 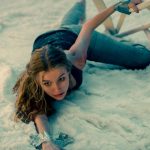 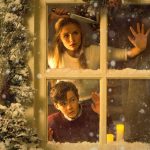 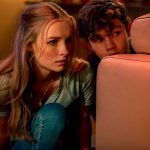 For as nasty as the proceedings are in Better Watch Out, the film itself is bright, boldly coloured, and gorgeously lensed by Carl Robertson. Christmas carols are interspersed with Brian Cachia’s orchestral score to both set up the initial mood and then pull the rug out from under viewers. All of the shiny, joyous trappings are ironic counterparts to the viciousness taking place within and around the family home.

Better Watch Out is eminently re-watchable and will likely take a well-deserved place among beloved Christmas fright fare. No Krampuses or killer Santa Clauses are involved in this film; the horror here is of the real-world kind.

Better Watch Out screens at Fantasia International Film Festival, running now through August 2, and opens in theatres and on demand October 6th from Well Go USA.