Betsy Palmer aka Mrs Voorhees Passes Away At Age 88 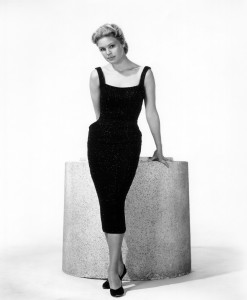 Some very saddening news to start the week, as unfortunately the talented Betsy Palmer passed away at the age of 88 on Friday 29th May due to natural causes.

Palmer’s manager Brad Lemack announced the news, stating that she had been in a hospice care centre in Connecticut where she was being looked after until her passing.

You’ll most likely know Palmer as Mrs. Voorhees, the iconic horror mother to Jason Voorhees, who encouraged and often helped his son to brutally slaughter camp counselors in Friday The 13th as revenge for their crimes against her baby boy.

The fearsome lady didn’t only rise to fame for her frightening motherly portrayal, as she first got her acting break on television in the show Martinsville, U.S.A. in 1951. From there Palmer was in numerous television shows, films and stage productions until her menacing Voorhees performance in 1980. 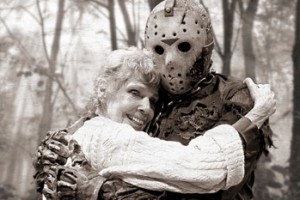 Apparently when Betsy Palmer first took the role as Mrs. Voorhees in the slasher film, she only did it in order to buy a car she wanted, but that role went on to define her as one of horror’s legendary mothers.

Our condolences and best wishes are with Betsy Palmer’s family, RIP.