The Belko Experiment Red Band Spot is All in the Mind

A short new red band spot has landed for Greg McLean’s The Belko Experiment, and it shows Sean Gunn’s Marty entering a deep state of denial over the carnage that surrounds him.

McLean – the man behind Wolf Creek, Rogue and The Darkness – directs from a script by James Gunn (Sean’s brother), who has previous with Rooker, having cast him in his films Slither and Guardians of the Galaxy. 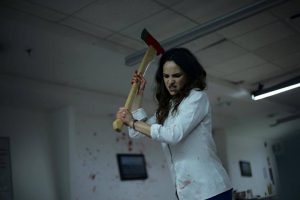 The Belko Experiment will hit US cinemas on March 17th, before reaching the UK on April 21st.