The Belko Experiment Posters Suggest You Choose Your Weapon

Freddy has his glove, Jason his machete, and Leatherface his trusty chainsaw, but the employees of Belko Industries are not afforded such ready-made instruments of death. Ahead of the film’s US release later this month, a new set of amusing posters have been put out for The Belko Experiment, encouraging you to Choose Your Weapon. The choice on offer however, is a mixture of items more familiar to the corporate nine-to-fiver than any mass-murdering maniac. 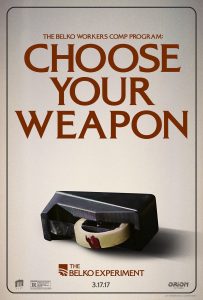 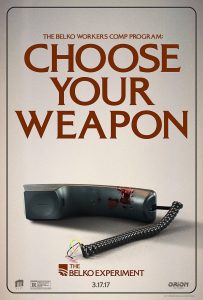 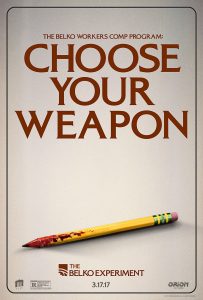 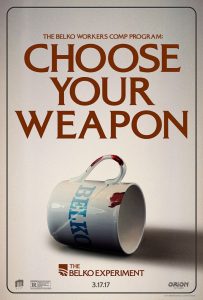 Directed by Wolf Creek helmer Greg McLean – who, since his searing debut has directed Rogue, The Darkness and 2013 sequel Wolf Creek 2 – The Belko Experiment was scripted by Slither/Guardians of the Galaxy director James Gunn.

The Belko Experiment lands in US cinemas on March 17th, before reaching UK shores on April 21st.