Behind the Sightings gets Stunning Art Poster 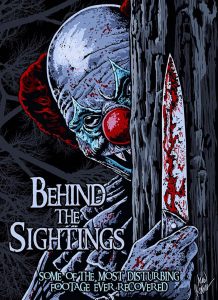 Artist and Life of Agony bassist Alan Robert has created a mighty fine piece of art for Behind the Sightings, a found footage horror taking its inspiration from the epidemic of ‘clown sightings’ from last year.

Directed by first-timer Tony Cadwell from a script by himself and filmmaker Norman Alston, the film builds its story around 112 hours of clown footage captured throughout 2016. Below is the synopsis and recently-released teaser.

Behind the Sightings follows Todd and Jessica Smith, two filmmakers from Raleigh in North Carolina, who set out to produce a documentary exploring the highly publicized, creepy clown sighting epidemic, which was investigated by local law enforcement. As the young married couple venture into Peachtree Way, Nash County, in search of clowns, what they found was far from funny. 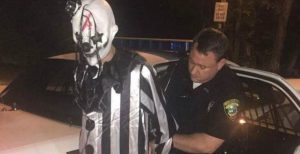 Tommy V Films acquired rights to the film a few weeks back, with a view to putting it in US cinemas in October.