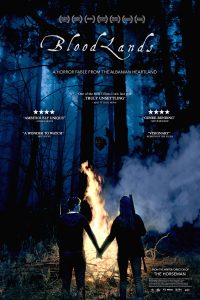 A beautifully blue and atmospheric poster has been revealed for Bloodlands.

Synopsis:
A struggling family in Albania, wrestling with tradition, must unite against a mysterious clan’s aggressions, leading to a ‘blood feud’ that is all too familiar in the Balkans.

The film is an important film in Albania, because it’s the country’s first ever horror film. It has received a few accolades at festivals, including the award for Best Foreign Language Film at the Night of Horror Film Festival.

Check out the unique and visually striking trailer for Bloodlands below. It looks wonderfully intriguing and teases moments that look rather unsettling. We love the air of mystery and intensity that is draped over the events and can’t wait to see the film for ourselves.