Beautiful and Unnerving Trailer for Evolution 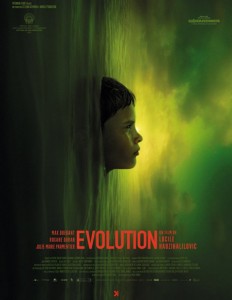 A beautiful and unnerving trailer has been released for the French mystery-horror Evolution to entice us to purchase the film when it is released on VOD next month. I urge you to definitely check it out; it’s a mesmerising and disturbing watch that overflows with intrigue and perplexing imagery.

Check out the trailer below and immerse yourself in the films deep, dark depths and prepare yourself for one of the most disturbing, but beautiful, films you’ll ever watch. It has one hell of an unforgettable ending.