Oscilloscope Laboratories have announced a limited release for Rainer Sarnet’s November, a dark, twisted and visually striking fairy tale that walked away from its premiere at last year’s Tribeca Film Festival with the award for best cinematography. Check out the gorgeous trailer and you’ll no doubt get a good sense of why.

The film is based on Andrus Kivirähk’s bestselling novel Rehepapp, and is set in an Estonian Pagan village beset with werewolves and other mythical creatures.

“NOVEMBER is set in a pagan Estonian village where werewolves, the plague, and the spirits roam. The villagers’ main problem is how to survive the cold, dark winter. And, to that aim, nothing is taboo. People steal from each other, from their German manor lords, from spirits, the devil, and from Christ. They are willing to give away their souls to thieving creatures made of wood and metal called kratts, who help their masters whose soul they purchased steal even more.

Young Liina (Rea Lest) is hopelessly in love with Hans (Jörgen Liik), a nearby farm-hand, whose heart she loses to the daughter of the German manor lord. In order to regain his love, Liina turns to any means necessary, even if that means tapping into the black magic that is circling around the village. Estonian pagan legends and Christian mythologies come to a spell-binding intersection in NOVEMBER.” 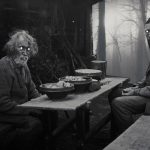 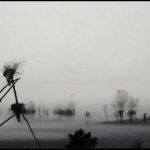 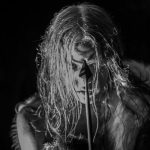 November opens in New York on February 23rd and Los Angeles on March 2nd. A home release will follow later this year.