“The greatest Easter horror film ever released!” screams the pull-quote on the DVD cover although strangely, there’s not a lot to compete with. Within the grand tradition of holiday-themed horror flicks, Easter seems to have been somewhat overlooked. Looking to capitalise on this is The Beaster Bunny!, which hops onto UK DVD on April 3rd. Ahead of the release comes this newly-cut trailer.

Previously titled Beaster Day: Here Comes Peter Cottonhell upon its 2014 US release, the film remains the sole credit for directors the Snygg Brothers, and centres on a small town which comes under attack from a towering, oddly reptilian-looking (at least, on the cover art) Easter bunny.

It looks utterly ridiculous, which of course is the whole point, but whether it lands on the ugly, soulless, SyFy monster movie side of things, or somewhere closer to the likes of Zombeavers remains to be seen.

Synopsis:
A 50-foot man-eating Easter bunny is on the loose and the townsfolk don’t stand a hop in hell. As the bloodthirsty, floppy-eared killer leaves a trail of dismembered corpses, the town’s only chance of survival rests with a wannabe actress and a crazy dog-catcher. God help them! 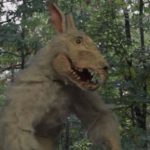 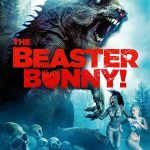 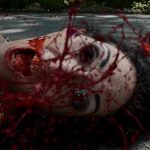