Beast to be Released on Home Video this September

Lionsgate is set to release the indie thriller Beast this September, so you’ll be able to catch the film in the comfort of your own home very soon. 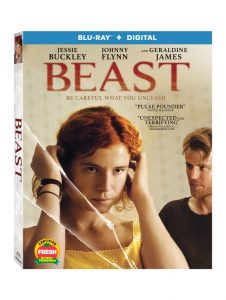 Beast is set within the community of a small island and, at the disappointment of her family, follows a young woman as she becomes close to a mysterious stranger. What ensues is mysterious, uneasy and drenched in an atmosphere that is laced with secrets. It’s eerie and beautifully shot, making for a watch that is striking and uncomfortable.

Beast features a stunning performance from Jessie Buckley and additionally stars Johnny Flynn and Geraldine James. It’s definitely worth a watch if you like films set within strange towns – it’s not quite The Wicker Man – but it’ll certainly keep you guessing until the end.

Beast will be released on Blu-ray and DVD on 4th September.