Norman Bates and his loving mother are ‘Together Until the End’ in the four new promo posters for Bates Motel’s fifth and final season, which come to us courtesy of IGN. 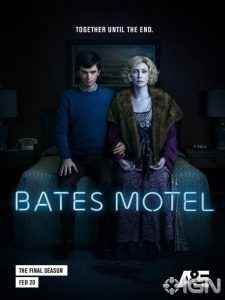 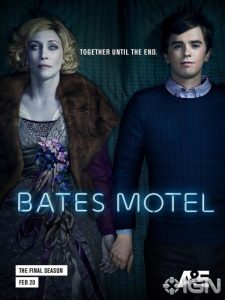 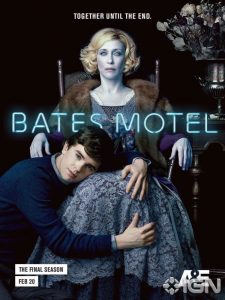 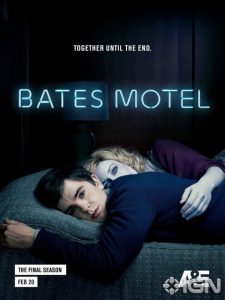 Season 5 picks up two years after the methodically executed matricide that concluded the show’s fourth season and sees Freddie Highmore’s Norman now living a double life. Known to his neighbours as a friendly and well-adjusted member of the White Pine Bay community, Norman’s psychosis is in full swing behind closed doors. His violent blackouts continue, while his Mother Norma (Vera Farmiga) has no less influence over his mind despite being dead. Meanwhile, Dylan Massett (Max Thierot) and Emma Decody (Olivia Cooke), unaware of the events of two years previous, soon find themselves again faced with Norman’s insanity, while a vengeful Alex Romero (Nestor Carbonell) plots to kill his stepson and avenge the murder of his one true love, Norma Bates.

As revealed at last July’s San Diego Comic-Con, pop star Rihanna is joining the cast as Marion Crane, a role made famous by Janet Leigh in Psycho. Other new faces include House of Cards’ Isabelle McNally as Madeleine Loomis, Austin Nichols (The Walking Dead, Ray Donovan) as her husband, Sam Loomis (a name you’ll no doubt recognise) and Grey’s Anatomy’s Brooke Smith as Sheriff Dana Greene.