Basket Case Preserved by the Museum of Modern Art! Seriously! 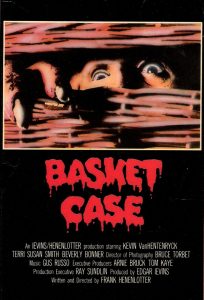 A thin line exists (or does it?) between art and trash, and 1982’s demented grindhouse gem Basket Case has managed to carve its way right through it. The film’s celebrated director, Frank Henenlotter (whose other cult classics include Brain Damage and Frankenhooker) has made the astounding announcement via Facebook that his schlock classic has been selected for preservation and restoration by the Museum of Modern Art! Who saw that one coming?!

“Hey, Basket Case fans,” Henenlotter wrote. “I’m both humbled and proud to announce that Basket Case is now part of the permanent film collection of the Museum of Modern Art. (And, yes, I asked them if they actually watched the film and they assured me they did.) It’s quite an honor and one that I’m still trying to wrap my head around.

I’ve already given them all the film elements for preservation, and they’ll be doing an all new restoration in the upcoming months. Amazing, yes? Congratulations to producer Edgar Ievins, actors Kevin Vanhentenryck and Beverly Bonner, as well as everyone else who helped make this crazy little movie a reality way back when. Thank you, Moma.” 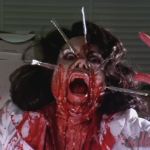 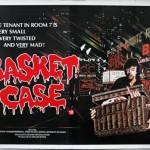 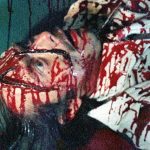 Set in the sleazy backstreets of New York, Basket Case tells of a young man who carries his severely deformed conjoined twin, Belial, around with him in a basket, having been separated from him as a boy. Hiding out in a grubby hotel, the brothers plot revenge on the surgeons and doctors who performed the operation. A highpoint of early-‘80s DIY splatter, Basket Case is surely among the grimiest, trashiest and most insane additions to the MoMA’s collection.