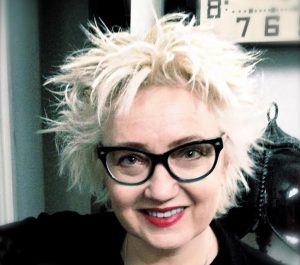 Wilde (pictured) will executive produce the film, which Alexander will direct from a script written by the pair. The film stars Skinny Puppy/OhGr frontman and industrial music pioneer Nivek Ogre, who is building an ever-growing acting CV, having appeared in, amongst other things, Repo! The Genetic Opera, 2001 Maniacs: Field of Screams and TV’s Teen Wolf. 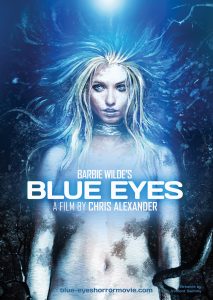 Blue Eyes synopsis:
Gazza Hunt is a man living on the edge, a man whose life has been battered down by bum luck and bad decisions and who has simply given up. Homeless, hopeless and wracked by addiction, Gazza’s desperate existence is interrupted one night when, wandering in the woods, he follows a glowing blue light to a freshly dug hole in the earth where he finds an ethereal, nude sleeping beauty, perfect in every way. But, as Gazza soon learns, this woman isn’t asleep. She’s dead. And yet somehow Gazza is still uncontrollably drawn to her… this blue girl… with those blue eyes…

Blue Eyes will be funded via a Kickstarter campaign, the details of which will be announced soon.