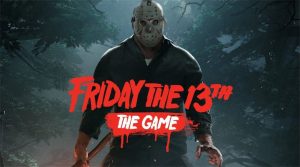 The weekend brought with it the announcement of a release date for Gun Media’s much-anticipated Friday the 13th: The Game, which will finally be unleashed on May 26th.

Giving players the chance to play as Jason Voorhees for the first time since the notoriously terrible NES game back in 1989, the game synchs in with the film series, continuing on from 1993’s Jason Goes to Hell. Alongside more familiar incarnations, there’s even a new-look Jason, designed by Tom Savini himself! Friday the 13th composer Harry Manfredini provided the music, and the great Kane Hodder once more steps into the tattered clothes, muddied boots and hockey mask. Despite not playing Jason until the franchise’s seventh entry (The New Blood, in 1988), Hodder is unquestionably the ‘true’ Jason in the eyes of most fans, and his mocap work for the game will no doubt give the indestructible killer the same physicality and sense of imposing threat that Hodder leant to his film portrayals. 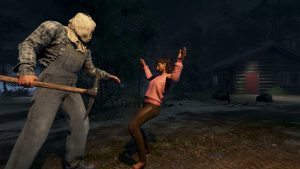 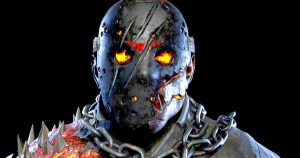 Players can either hack their way through Crystal Lake’s young ‘uns as Jason, or attempt to survive the night as a camp counsellor. Not only that, but the game’s full multiplayer component will include Tommy Jarvis as a playable character! Check out this awesome new trailer, which shows the different characters, including multiple Jasons.

Friday the 13th: The Game will launch on Xbox One, PS4 and Steam as a digital download.