A bunch of rising genre stars feature in Bad Apples, which promises an interesting twist on the home invasion flick, and arrives on VOD in February. Ahead of then, we’ve got a genuinely chilling trailer for you, together with a few stills. 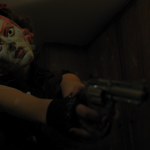 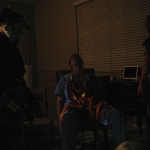 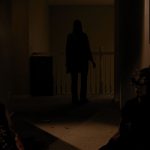 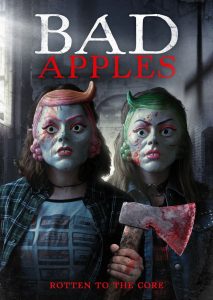 Set on Halloween night, the film sees two young whippersnappers terrorising a young couple who made a bad choice when they decided not to celebrate the holiday. Brea Grant (Beyond the Gates, Halloween II), Graham Skipper (Beyond the Gates, The Mind’s Eye), Andrea Collins (The Hospital) and Alycia Lourim star in the film, which was written and directed by Bryan Coyne (Infernal).

“It’s Halloween night, and two ‘bad apples’ decide to play some wicked tricks on the one house in a suburban cul-de-sac that is not celebrating Halloween. They terrorize a young couple in their home and these tricks become increasingly more sinister as the night progresses, finally ending in a Halloween the entire neighborhood will never forget.”