SyFy have just put out this trailer for the next instalment of their ongoing horror anthology series Channel Zero. Entitled Channel Zero: Candle Cove, the new 6-episode series premieres on October 11th.

Based on Kris Straub’s short ‘creepypasta’ story (user-generated, viral horror stories), Candle Cove follows a man who has some sinister memories of a strange children’s program he watched in the ‘80s. Obsessing over his recollections, he develops an increasing suspicion that the show played a part in a string of terrible and tragic events from his childhood. 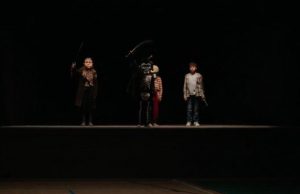