Synopsis:
An urban couple go camping in the woods and find themselves lost in the territory of a predatory black bear.

There’s no denying that the outback is both breathtaking and inextricably petrifying all at the same time and Backcountry is clearly savvy to both these facts. There have been some great factual-based survival films and documentaries of late such as 127 Hours, Touching the Void and Open Water and today sees the release of another film that will fit ever so snugly on that list.

Based on the trailer some could be deterred by the idea of yet another film about innocent campers dogged by a predatory wild animal but that couldn’t be farther from the truth. What sets Adam MacDonald’s Backcountry apart is the fact that it breaks the mould by examining the full particulars of a couple’s relationship for the most part of the film so as to create an even almightier wallop when we are suddenly propelled head first into a disturbingly authentic reminder of how indiscriminate, chaotic and harrowing a bear attack really is.

Alex (Jeff Roop) and Jenn (Missy Peregrym) clearly have their differences and eschewing their home comforts to head off on a camping trip adds mounds of salt to an already maimed relationship. Both Roop and Peregrym are positively dialed into their roles and the couple’s unfamiliar surroundings provide for a stirring exploration and revelation of the harsher side of not just nature, but also of their relationship. The problems are by no means aided by the appearance of an unsavoury character, Brad, so sagaciously portrayed by Eric Balfour, who is both physically and sexually threatening to Alex. Once the film finally explodes to kingdom come (words can’t express how hard-hitting some of the later scenes are) the real star of the show is Peregrym, simultaneously portraying vulnerability and tenacity to perfection.

In terms of production values, MacDonald’s decision to use as much of a skeleton crew as possible benefits the film that much more as it really does look and feel as though the protagonists are stuck in the middle of nowhere without a paddle. For an indie film shot deep in the woods all I can shout are words of praise for cinematographer Christian Bielz who clearly laid down the gauntlet for himself by giving preference to logistical nightmares over easier shots to achieve such an arresting and authentic cinema experience.

Backcountry is a riveting depiction of how willpower can overcome all obstacles, immersing the viewer in a palpable sense of alarm. MacDonald certainly didn’t lose HIS bearings when shooting this film and it’s a directorial debut that I’m sure will put him on the map that Jeff Roop shouldn’t have left at home. For a small-budgeted film, Backcountry is an immense directorial debut and MacDonald’s follow up, Wolf at the Door, couldn’t come sooner, if it were up to me. 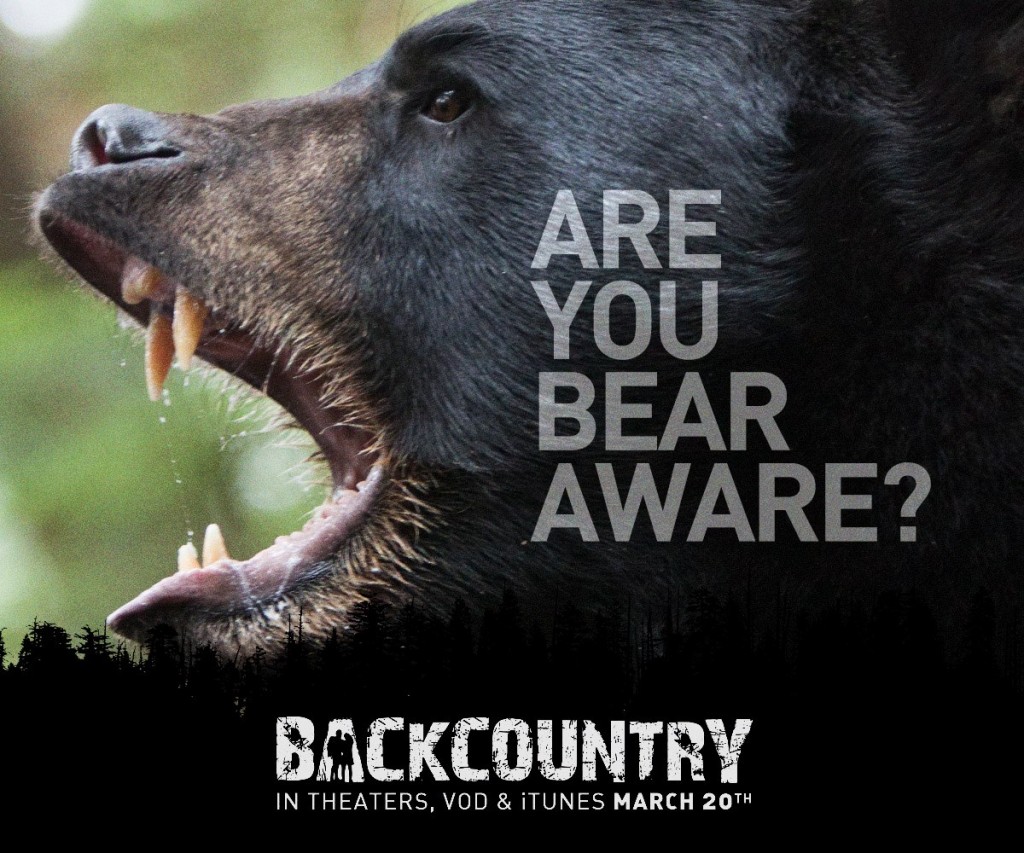