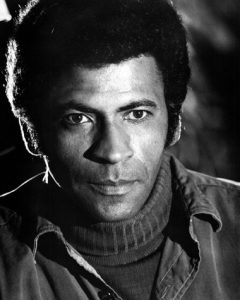 We were very excited to learn that Rob Zombie was – finally! – working on a sequel to the violent b-movie throwback The Devil’s Rejects. Titled 3 From Hell, it has already been confirmed that Captain Spaulding (Sid Haig), Otis (Bill Moseley) and Baby (Sheri Moon Zombie) will feature in the film, but now we have a new addition with Austin Stoker (pictured right).

You are most likely to recognise Stoker from his roles in Assault on Precinct 13, but he has starred in countless films and TV series, including Roots, The Bold and the Beautiful and Machete Joe. He is also set to star in the upcoming drama-thriller BAB from directors Joe Deboer and Kyle McConaghy.

Click here for the official confirmation from Zombie himself.

With the nasty trio meeting their demise in The Devil’s Rejects, plus the apt title – are we to believe that they literally crawl up from hell to continue their bloody and murderous rampage? We hope so, because that sounds AWESOME.