Attack on Titan Season 2 Gets a Monstrous Trailer

A brand new trailer has been unleashed for the second season of Attack on Titan which will continue the story of Eren Jaeger and his friends as they fight to rid the world of the monstrous Titans. The new trailer shows that the Titans are as powerful as ever, but it’s not just the humans that are trying to take them down. Check out the exciting and action-packed trailer below. 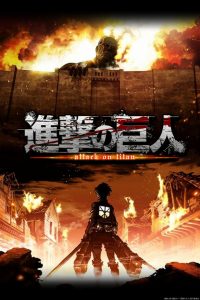 It’s been 3 years since the release of season 1, so Funimation plans to release 2 recap movies to remind you of the series’ exciting events. Part 1 will be titled Guren no Yumiya and part 2 will be Jiyuu no Tsubasa; both with run times of around 120 minutes.

We expect there to be a ton of emotional drama and dramatic action in the upcoming season of Attack on Titan, which will be unleashed on 1st April 2018 and features 25 more monstrous episodes.