Writer-director Joe Cornish’s 2011 film Attack the Block was one of the best British horror films of the decade, so imagine our delight at hearing a sequel is finally in the works! Better yet? Cornish is back in the director’s chair—and star John Boyega will reprise the role of Moses, in addition to producing. 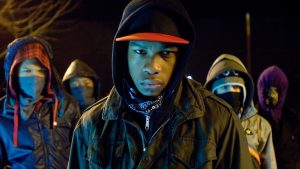 “It’s been a decade since Attack The Block was released and so much has changed since then,” Boyega said in a statement. “I’m excited to see this heightened story return to the streets of London. Moses has remained one of my favourite characters to play and bringing him back is a huge honour.”

Plot details for the sequel are currently under wraps. The original film followed a teen gang in South London who were forced to defend their block after glowing-toothed aliens invaded.