Attack of the Southern Fried Zombies Trailer Feasts on Gore 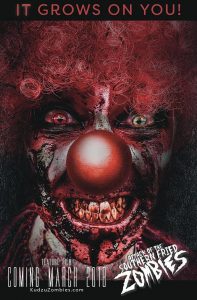 Originally titled Kudzu Zombies, the film that won the Goriest Film award at FANtastic Horror Film Festival a couple of weekends back has now changed its title to the decidedly more finger-lickin’ Attack of the Southern Fried Zombies. Gravitas Ventures have acquired the film for distribution with a North American release set for March 2018. For the moment, we have a new trailer, cut just before that name change.

In the film, the kudzu covered hills of Charleston, Mississippi are ground zero for GloboBioTech, a company testing an experimental herbicide called Quadoxin. When the tests go horribly wrong and the citizens of the small town start to turn into zombies, Lonnie, a crop duster pilot, must lead a mismatched group of survivors to escape the deadly horde. 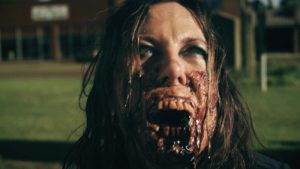