Atmospheric Trailer for The Dark Mile 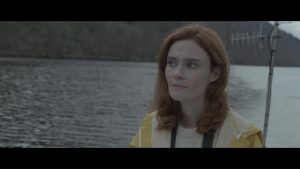 A heavily atmospheric and mysterious trailer has been unveiled for The Dark Mile, the latest horror-thriller from director Gary Love (Sugarhouse). Written by Gaby Hull (Benidorm), the story follows two women who embark on a boat trip in the Scottish Highlands in the wake of a personal tragedy, only to be faced with something overwhelmingly hellish as they do.

The trailer is dark and moody, teasing the sinister incidences that occur as the two women attempt to move on from their dark past. Without giving too many details away from the story, it still manages to express the film’s clear concern with intrigue and the eerie.