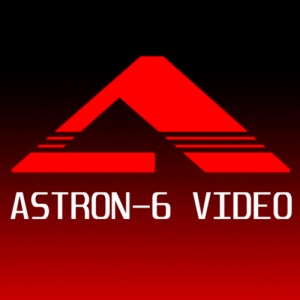 Batshit crazy Canadian production company Astron-6 must have some serious daddy issues. After the glorious neon-horror insanity of Father’s Day, they are putting patricide back on the menu with their latest offering – a webseries called Divorced Dad.

The series – which parodies US and Canadian ‘cable-access’ TV – sounds pretty hilarious, and as nuts as one would expect from Astron-6, who also gave the world Manborg, Bio-Cop and Lazer Ghosts 2: Return to Laser Cove, a sequel to a non-existent film.

Below is the synopsis for Divorced Dad. You can see a trailer through the series’ Facebook Page here. 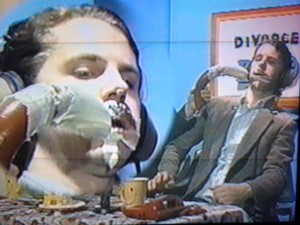 Divorced Dad is a love letter to the endearingly incompetent cable access television shows created by far from screen-ready small town celebrities during the 1980’s and 90’s. Divorced Dad, a post-marriage professional, hosts a well meaning but disastrously inept self-help talk show intended to help guide newly single fathers through the difficulties and fun of single life. Airing on the first and third weekend of every month, every episode of Divorced Dad derails into chaos at the hands of his inexperienced crew, an inarticulate co-host and a malevolent, faceless producer. As the series progresses, it becomes apparent that Divorced Dad’s life and show have become one homologous, inescapable Lynchian nightmare. Though he might just possibly be trapped in his own personal hell, Divorced Dad is going to make the most of it, bringing you the best damn show he can within the limits of his visitation rights, here on Astron-TV.